Flooding in Nigeria: A Visit to Onyah Community

The World Health Organization (WHO) considers flooding to be one of the most frequent natural disasters. Floods happen when large volumes of water overflow a place that is usually a dry land. The 2022 flood in Nigeria is the worst Nigeria has experienced in the last decade because of the hundreds of lives lost and the population of displaced people so far. Reports show that over 200,000 homes have been destroyed, 1.4 million people displaced and over 600 deaths recorded thus far.

The National Emergency Management Agency of Nigeria has reported that the cause of this flood is partly man-made, stating that the release of excess water from a neighbouring country Cameroon contributed greatly to the flood. The question is, what is the fate of the displaced families in this situation with sources of livelihood lost, lives lost and even no access to food, water, healthcare and even medicines? The WHO has estimated that flood disasters will continue especially in low and middle income countries where the ability to prepare and respond promptly to flood emergencies are weak or just developing.

Girls for Development Goals Foundation, a women/girls-focused NGO founded by Benedicta and Fredrick Apuamah took initiative to visit one of the flooded communities in Delta State, Nigeria to quickly identify their needs and to do their best in getting support to the flood victims. Onyah community is located in Ndokwa East Local Government Area of Delta State. As an organization, we understand that women and girls are the most vulnerable in disasters and their needs are completely different from those of their male counterparts. Pharmacist Faith Okonobo (our Program Manager) led the team to this community with the support of an indigene of the community, Elder Monday Ifeanyi. The team had to travel in a truck which happened to be the best means of transportation for the less-flooded roads while they continued the journey and visits in a boat.

It was indeed a tough sight to behold as designated camps were full and overcrowded. The people decided to create make-shift camps where ever possible. There was a storey building that about 20 families turned into their camp by living at the first floor since the ground floor was flooded. Women complained of various skin reactions from the use of the flood water. Despite risk of cholera and other water-borne diseases, they cook, bath, wash and even dispose wastes in the water. It is even harder for women and girls of child-bearing age who have to deal with the problem of access to menstrual products, privacy, clean water etc.

Access to the basic needs of life; food and portable water are very important especially in a disaster setting. Farmers amongst this people have not only lost farmlands but all of their food stores leaving the people hungry despite the already terrible situation they are in. The very few available are sold far below market prices amongst themselves so they can have access to some food. Access to basic health care has also been disrupted hence putting children especially those under five at the risk of dying from preventable diseases and infections. This disaster has also robbed children of their education as this has been paused indefinitely.

Research has proven that third world countries contribute least to Climate Change, however they suffer the impact more because they lack the resources required to mitigate its effects. The UN Secretary General António Guterres has during the ongoing COP27 called for a Climate Solidarity Pact and for oil taxation to support those struggling with the immediate effects of climate change. This proposed solidarity pact will charge countries to make extra efforts to reduce the impact of climate change like reduced emission or supporting emerging economies. We are therefore calling on well-meaning individuals and organizations to support Girls for Development Goals Foundation in mitigating the effects of the flood for the people of Onyah community and many other flooded communities in Nigeria.

Video about the flood in Nigeria

To support us, you can send donations to:

Girls for Development Goals Foundation
Zenith Bank, Nigeria
1016948001
or
Use the gofundme link:  Support Flood Victims in Onyah Community .
For enquiries, please reach us at:  Foundationghef@gmail.com

Also kindly follow us on our social media networks!

Benedicta Apuamah is the founder of Girls for Development Goals Foundation and a third semester Master’s student at the Management Center Innsbruck (MCI) in Austria. She has a Bachelor degree in Pharmacy from a Nigerian University and is now studying for a Masters in International Health and Social Management with the Bankimoon Scholarship and the One World (AAI Salzburg) Scholarship as a result of her SDG engagements in Nigeria. She is passionate about the UN SDGs, Women’s health, global health and humanitarian engagements. She loves travelling, seeing movies and considers herself a “foodie”. 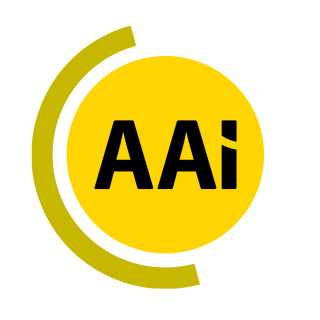